Shipping all over Australia

Our previous generations were never dependent on supplementation of pills/tablets or powders for various deficiencies. Then, how did they get their nutrients, isn’t it surprising? Life was very simple and easy in earlier times, but we made it complex. The natural way to get essential nutrients was to get them from nature. Vitamins and minerals were provided by fruits, vegetables, water and soil. Due to industrialization, the agricultural, manufacturing and dietary practices have been changed and lifestyle is also more demanding thus, more stressful. Therefore, just diet may not fulfil the requirements of few key nutrients such as iron. Iron deficiency is the most common nutrient deficiency in the world. Nearly 2 billion people may be anaemic globally and it is most common in developing countries.

According to Ayurveda (a holistic system of medicine in India), the utensils in which we cook our food play a very important role on our health. It is recommended in Ayurveda that foods should be cooked in iron pots to get iron naturally. Iron is leached from the cooking pots and it is bioavailable. Therefore, iron utensils or iron pots effectively boosts intake of iron. Many other countries and cultures had been using iron cooking pots traditionally. Vegetarians are more prone to iron deficiency anaemia. This traditional way of cooking has been studied by many researchers and found it to be an easy, cheap and convenient way to add iron in diet. Ayurveda also recommends the use of jaggery instead of sugar as jaggery is a good source of iron. Traditional Indian sweets or Ayurvedic recipes and herbal formulations contain jaggery. Jaggery is a concentrated sugar cane juice, an unrefined or unprocessed sweetener used to be traditionally consumed in India. Indian spices are also good source of iron such as fenugreek seeds are rich in iron.

Acidic foods absorb more iron therefore, iron rich foods spinach, green leafy vegetables, lentils, beans or meats should be cooked with acidic foods such as tomatoes, capsicum and broccoli. That way, iron will be absorbed better and foods will have more iron content.

Many studies have been conducted in lab, on animals and in humans have shown that cooking food in iron pots can increase the iron content and can be a good strategy to correct iron deficiency.

Recently, a study published by Armstrong et al. (2017) suggested the use of ‘lucky iron fish’ to treat iron deficiency anaemia in Cambodian women. The lucky fish weighs approximately 175 gms and is primarily made up of ferrous iron with less than 17% non-ferrous iron, when added during the cooking process and it was found that iron was released into the food. Another human study by Arcanjo et al (2018), conducted in Brazil pre-schoolers between 4 to 5 years old showed that pre-schoolers who consumed meals cooked in iron pots had increase in haemoglobin.

Thus, ancient and traditional habit of cooking food in an iron cooking pot can correct iron deficiency anaemia and would be a great strategy. 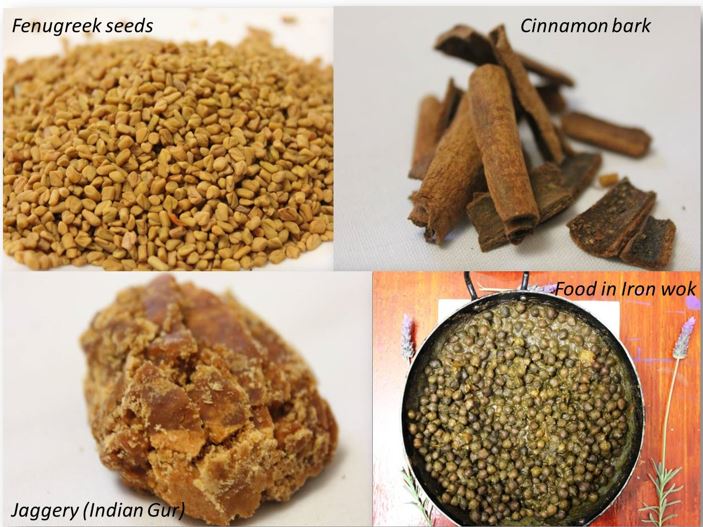 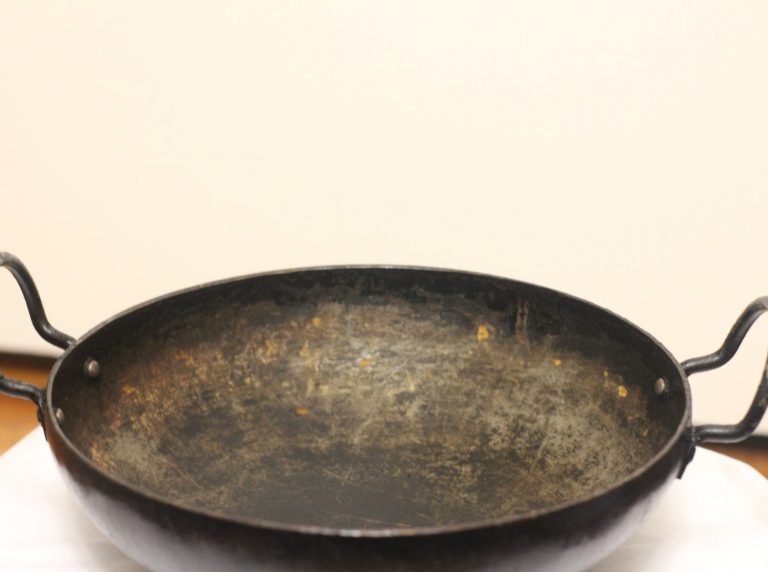